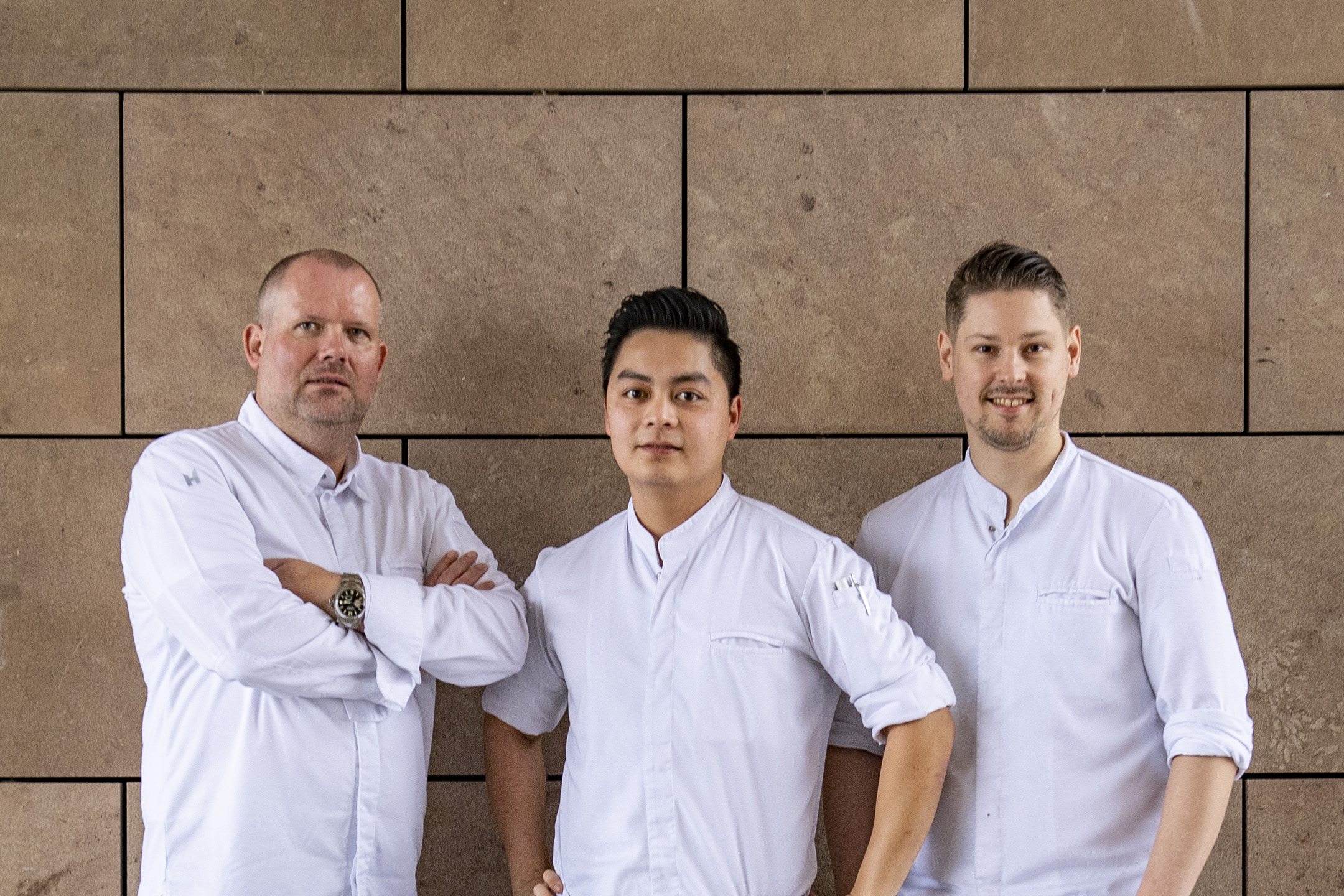 The soul of our kitchen is determined by our team of talented chefs, headed by patron-cuisinier Edwin Kats.

In 2008 he spread his wings and went abroad for the InterContinental Hotels Group. As executive manager he was responsible for the entire culinary operation of hotels in Lebanon and China. Inspired by his international experiences and driven by his passion for the profession, Edwin returned five years later to opt for culinary entrepreneurship. In 2013 he opened the doors of restaurant Noble in the former Chalet Royal in ‘s-Hertogenbosch, which was awarded a Michelin star in 2016. In 2018 it’s time for the next great step: Noble Kitchen opens its doors in Cromvoirt.

Tom Schoonus once worked as Edwin’s apprentice at the Amstel Hotel. Now he makes the most fantastic dishes at Noble. His new challenge lies in Cromvoirt, where he will share his knowledge with you. His speciality is making sauces, preferably by mixing the ingredients by evaporation, in order to create a true taste explosion. His favorite tool in the kitchen? A ruler. This is indispensable for perfecting the presentation as well as the taste.

Carlo worked at Restaurant Noble as an apprentice and has grown into Chef de Partie.

After 2 years of experience at a different restaurant, he is back under the flag of Noble.

His passion? Working with beautifully matured meat and then roasting it on the Robata grill. What can you wake Carlo up for at night? Crispy fried bacon of course with an Asian twist just what you are used to from Noble Kitchen.